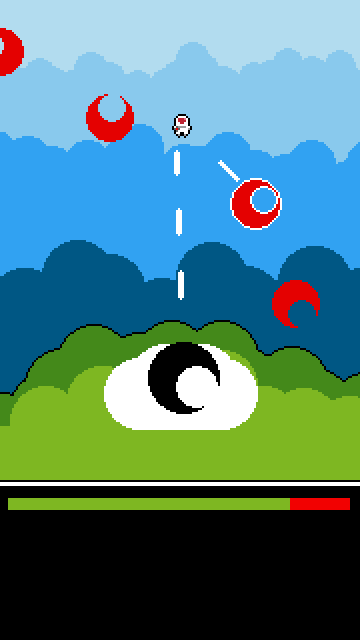 Jon and I had a discussion about the urge to release a game, and how we know Spacejacked will not be launching in the immediate future, given our ambitions for the project. We then decided to once again work on a side project that would be much smaller in scope - something we can finish in a relatively short amount of time just by setting aside a little time for it every week.

The game is "It came from the Deep", something we attempted but quickly abandoned in one of the previous Ludum Dare attempts. Jon's concept was simple, play as a person at war with a beast from the deep sea as you fight it all the way to the bottom of the ocean.

From that concept, I've come up with a simple mockup (as above), and penned down the core game design. That said, I haven't gotten far with the coding due to other ... commitments (meeting with friends + catching up on my part-time work). I should probably note down the various aspects of the game in more details so Jon and I can better work on the game asap.
Posted by chinykian at 1:13 AM